The first day of Anime Limited’s 12 Days of Christmas sale was decided to Funimation UK’s clearance sale due to licensing stuff. As I ordered mine pretty quickly they arrived today. The third title is one of the last titles to be released under Funimation UK’s brand.

Shomin Sample (Ore ga Ojousama Gakkou ni “Shomin Sample” Toshite Gets♥Sareta Ken) is a 2015 television anime series based on the light novel written by Takafumi Nanatsuki and illustrated by Gekka Uruu. The anime was adapted by Silver Link and published by Hakuhodo DY MAP (also known as Showgate). The series aired during the Autumn 2015 season in October.

Shomin Sample is another one of the many harem ecchi titles out there and I am quite surprised that it was brought over to the UK. The manga was also picked up along the way so the series is available to read with an English translation. Funimation acquired the rights for the US, Canada, UK and Ireland territories with an English dub and home video release as per usual. Anime Limited, on behalf of Funimation, brought the series over to the UK as a regular Blu-ray release. Due to the Japanese licensor requiring PAL DVDs for release in Europe, Anime Limited opted for a Blu-ray only approach since the disc regions are different.

This series is also the last Funimation UK title to be released before the partnership with Anime Limited eventually ended. This release also had a strange delay from November to January for some odd reason (supposedly a print error but I couldn’t even tell) but regardless it technically got released in November 2018 rather than January 2019. 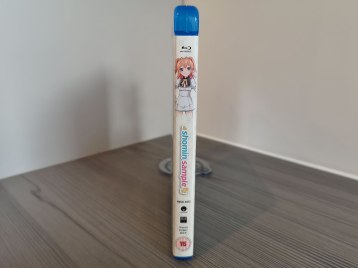 Released in November 2018, Shomin Sample from Funimation UK contains the entire series (12 episodes total) across two Blu-ray discs using the Funimation master. The audio options available include the Funimation English dub and the original Japanese audio with English subtitles. The white subtitles are locked during playback, and the discs are locked to Region B Blu-ray players.

The UK release for Shomin Sample is no longer available, as Funimation discontinued its partnership with Anime Limited in favour of Manga Entertainment. The US release is still available but is region locked to Region A Blu-ray players only in the form of an Essentials release.

“When average student Kimito Kagurazaka is suddenly kidnapped by a hoard of burly men, the last place he expects to end up is the elite Seikein Girls’ School! Now, surrounded by beautiful but totally sheltered girls, Kimito must deal with being their ‘Shomin Sample’—an example commoner for the girls to observe and learn from. But what’s the catch? He has to trade in his thigh fetish for a faux love of muscled men if he wants to stay in this paradise…and keep his family jewels!

But being in a school filled with gorgeous elites isn’t all it’s cracked up to be. Between the eccentric Aika, the proper Reiko, the ready-to-strip genius Hakua, and the dangerous samurai Karen, Kimito has his hands full of trouble. And these girls are dying for more than a sample of this commoner!

Despite the jealous bickering, the outrageous scenarios, and more than a few compromising positions, Kimito and the girls will learn more from each other than they ever expected.” 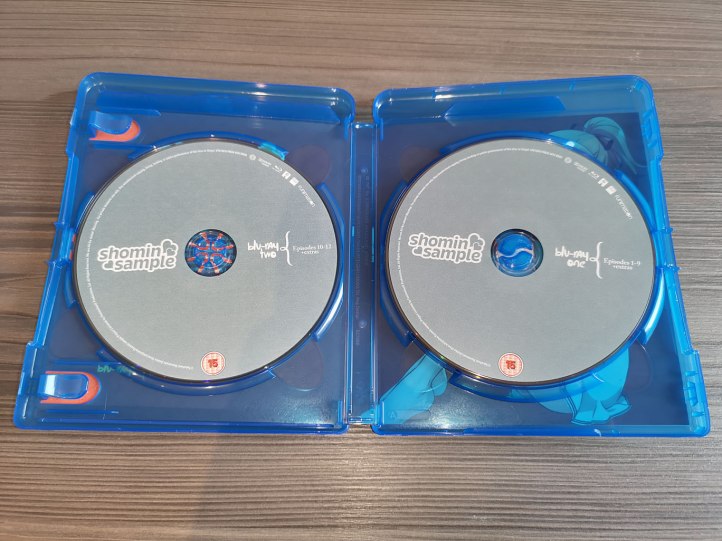 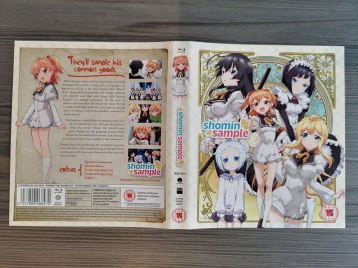 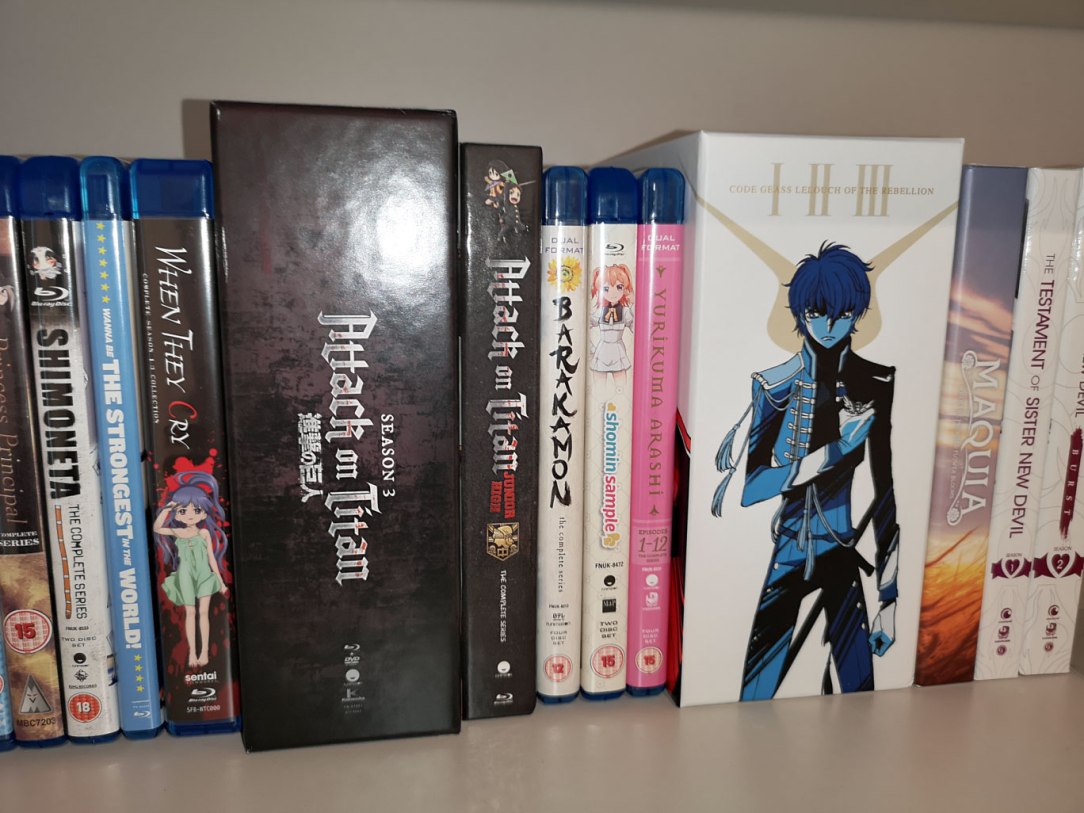 Shomin Sample was licensed for home video by Anime Limited & Funimation UK. As of 2019, the license has reverted back to Funimation with no word on a re-release in the UK & Ireland.