While I have started to return to University for a post-graduate degree, I did pick up a variety of titles throughout the month however most were actually during the first couple of weeks due to a couple issues along the way in terms of funding. 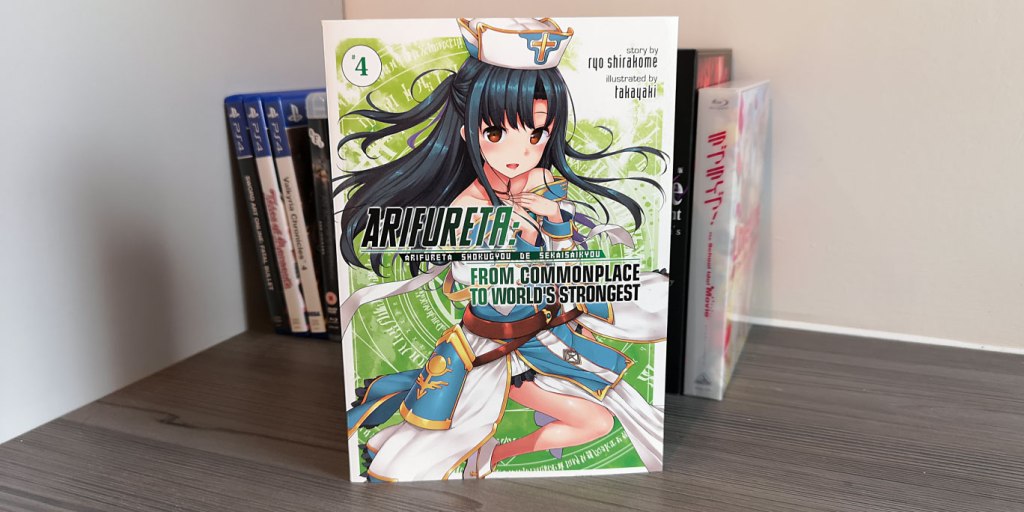 Starting off the month is the fourth light novel volume for ARIFURETA: From Commonplace to World’s Strongest, an isekai series that has been brought over to the English market by J-Novel Club and Seven Seas Entertainment. I really like this series and while it’s not everyone’s cup of tea I found each volume to be fun and enjoyable to read for the most part.

The reason I bought this volume is that the anime adaptation caught me off-guard by the fact that they were heading to this portion of the story already (to clarify, they condensed the second novel volume into 2 episodes). As much I wanted to read the volume before watching the remaining episodes that are left and I can see why they wanted to conclude the anime at this point in the story. I still do not recommend the anime though, stick to the novels if you can. 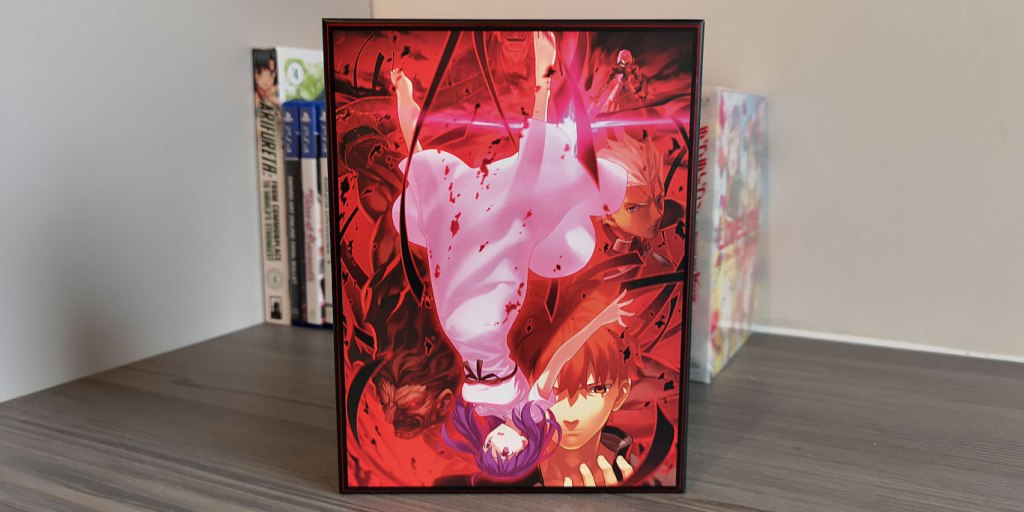 Next, we have an anime that I have decided to pick up earlier than planned. The second Heaven’s Feel anime film just got released in Japan and considering I have the Japanese version for the first one it made sense for me to keep the trend going. However the difference this time is the current state of the importation situation for us UK collectors, as the rate to import is getting more expensive with pricing going up and down at random.

As such, I decided to get Lost Butterfly immediately which unfortunately you could argue is slightly bad-timing as the rate did improve a couple days after I bought and received the set. Never the less it’s a really nice release and the movie is very good. 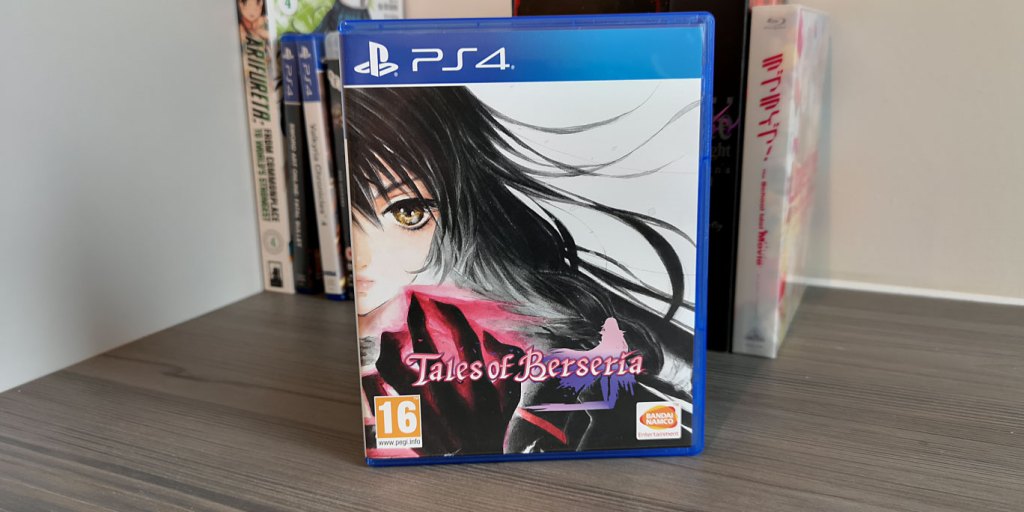 Going through my PlayStation 4 shopping list, one of the games that I wanted to pick up sooner than later was Tales of Berseria and to my surprise, I found it for a decent enough price point. Berseria is the latest Tales game available at this current point (to be succeeded by Tales of Arise in 2020) and its original print run is becoming hard to find due to the upcoming PlayStation Hits release. I wanted to keep consistency so I went for the original release.

I still need to go through a couple other Tales titles beforehand though so starting Berseria will have to wait in the meantime.

One of the very few Sentai Filmworks limited edition sets that I had wanted to own and it was pure luck to find this title was made available for sale at a better-discounted price than other retailers through Rightstuf at $33. I did have to pay for customs but it didn’t matter as it was still way cheaper to get.

Not much needs to be said about this series. It did have a rough UK presence during its streaming stages but now I can finally watch and own a nice set. 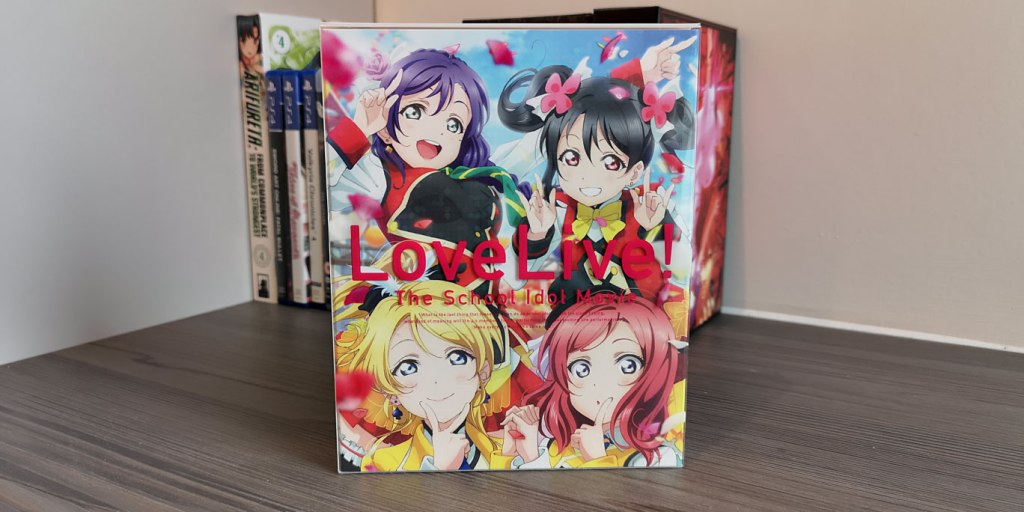 This is probably the most surprising pick up of the year. I’ve watched the Love Live! School Idol Project anime series already and while I do own the first season of Love Live! Sunshine!!, I have to watch Love Live! The School Idol Movie first and foremost, but the issue came down to how to get it.

The UK never received a release, Australia I’m trying to avoid for collection sake, and the US version is too expensive. So, in the end, it came down to the Japanese release and while Amazon wasn’t letting the title become available internationally via its third-party sellers I made use of Buyee and Yahoo! Auctions instead. I was able to secure a pre-owned copy of the film’s limited edition release in excellent condition for 1200 Yen plus a whole bunch of shipping and fees for the delivery. No customs at least. 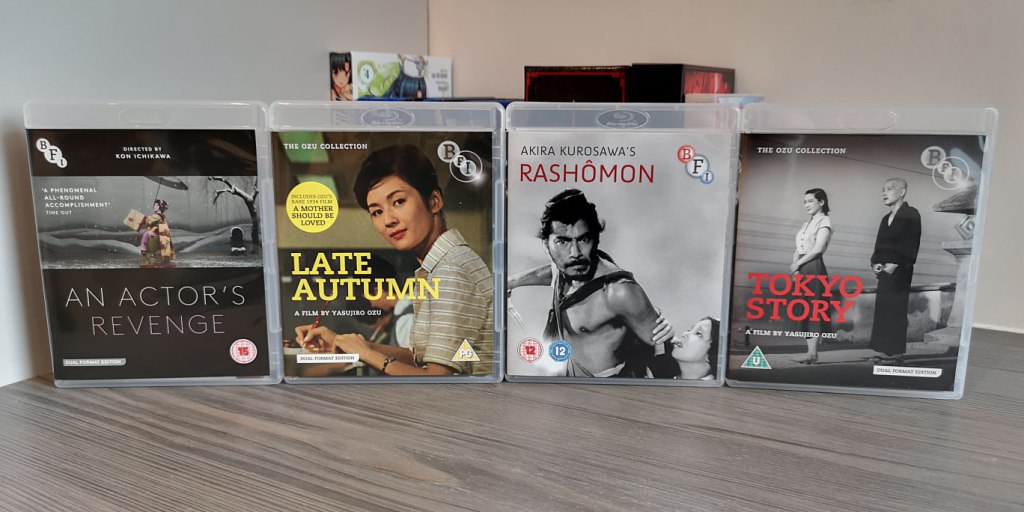 UK retailer HMV has continued its trend of Buy One Get One Free by focusing on the distributor BFI (also known as British Film Institute) and considering they have a selection of Japanese films it made sense for me to check out what they have to offer. Here are the films I picked up:

I have yet to watch each of these films (especially after I went through 30 films throughout August) but it came to my surprise that each of these sets included booklets which are something that I was not expecting. 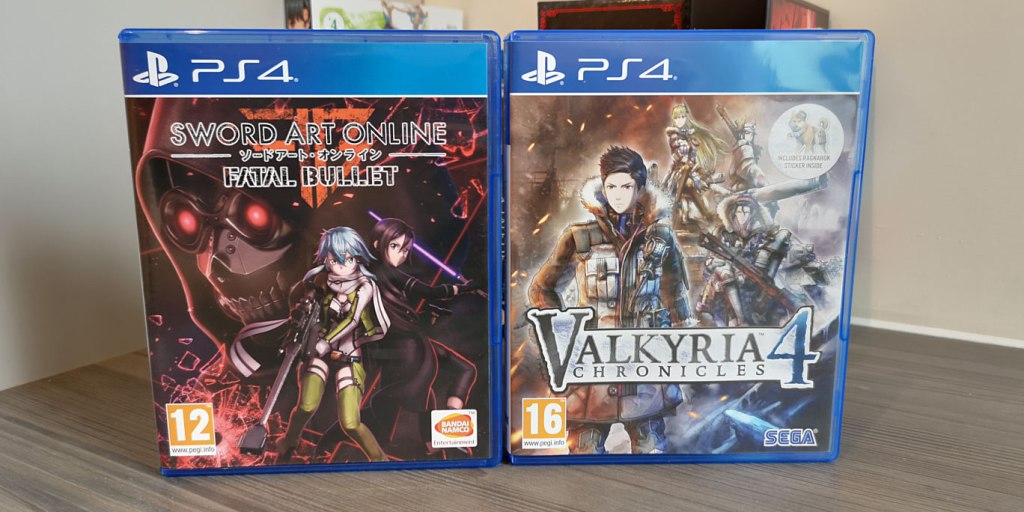 Much like Tales of Berseria, there was another PlayStation 4 game that I wanted to own sooner than later and that was Sword Art Online: Fatal Bullet. Luckily the game was available in GAME for a decent price and was part of the 2 for £30 deal so I also picked up Valkyria Chronicles 4 alongside it.

Like Berseria I have yet to play both of these games as I have other games in the series to go through first. 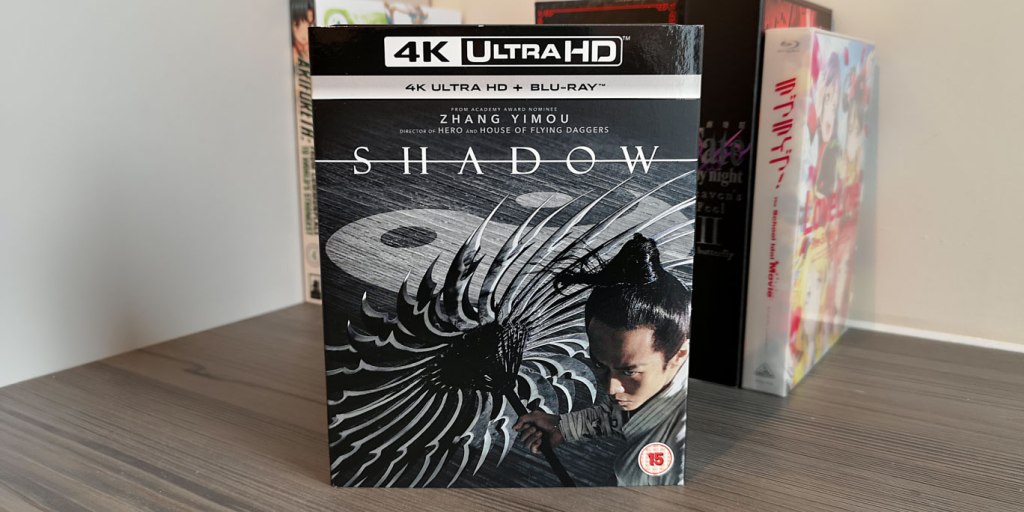 Amazon was promoting a 20% discount on their 4K Ultra HD Blu-ray titles and that included upcoming pre-orders. The one that I was interested in the most was actually Zhang Yimou’s Shadow (影), as it’s very rare to see an Asian release arrive in the UK on the newest format available (in this instance 4K). It’s slightly different from the US release in the sense that it doesn’t have any on-disc extras but regardless I picked it up for £16 so I was happy with that.

In fact, Shadow is the first Chinese film I’ve bought since the Infernal Affairs trilogy back in 2013 so it’s been a long time coming. 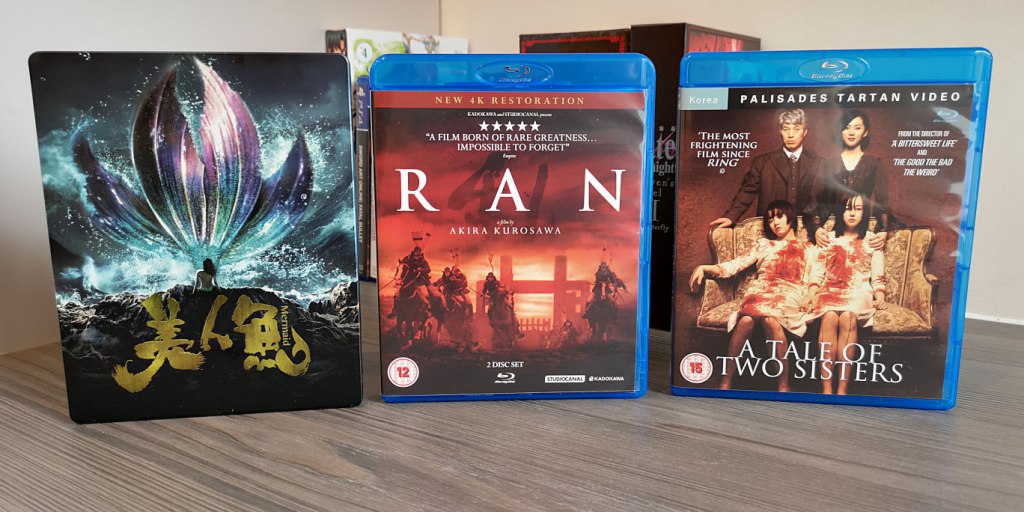 The final haul of the month goes to three more Asian films that I bought in HMV. I was initially going to buy some more PlayStation 3 games but I’ll explain that at the end of this post. One of the reasons for going to HMV was that they had a Price Crash sale on a Chinese film called The Mermaid (美人鱼, also known as Měirényú) that actually got a UK Blu-ray release in steelbook form and it only cost £2.49. I did watch the film on the same day and it’s very entertaining with a lot of humour throughout.

I also picked up the 4K restoration Studio Canal release of Akira Kurosawa’s Ran (乱) and the old Palisades Tartan release of Kim Jee-woon’s A Tale of Two Sisters (장화, 홍련) as part of the 2 for £13 deal in the store.

That’s every item I received during the month of September.

In terms of upcoming pre-orders, you can expect the Anime Limited releases for Jin-Roh: The Wolf Brigade and Mobile Suit Gundam 00 Season 1 over the course of late October to mid-November window. Both of these were picked up during their early bird deals.

I’m working on sorting out what titles I would also like to order next, especially as I have the option to go for any specific release at this point. I ideally would like to get How Not to Summon a Demon Lord and OVERLORD III limited editions from Funimation sooner than later, while I can get Goblin Slayer from the UK via Manga Entertainment to save myself the money and hassle in speed.

As for the video game collection. I initially had planned on keeping the 2 PlayStation 3 games per month going until the end of the year, but I felt that in terms of localised or western developed releases I got the games that I wanted and it’s up to the imports left to sort out. A similar case is with the PlayStation 4 as I got the most important titles and now it’s down to the anime-based games and some recent releases to get. I am looking into the Japanese & Asian versions depending on timing and sales.

The Asian cinema haul is progressing well (as seen above) and it solely comes down to sales mainly because that’s where I can save myself a lot of money. I know some folks over on AUKN suggested that I should pick up Chinese, Taiwan and Hong Kong titles and I am most definitely interested, but I want to hold out in case they go on sale. For instance, HMV has gone through Arrow Academy, Arrow Video and is currently covering BFI at the moment. If they reach Criterion, Eureka or 88 Films then I can definitely get more films for less.

Overall, hoping to keep a good offering of hauls for the next couple of months. It does solely depend on how well the currency rate is doing though since it can affect how I want to pick up certain titles.